Just saw this on Tenka Seiha, but it’s Hinagiku no Gotoku for real! I had to watch this a couple times to believe my eyes. Did JC Staff see my previous Hinagiku post and decide to call my bet and raise me infinity? I’m overusing the word, but this is even more brilliant than the Maria+Holic finale.

So what’s the best way to end a show starring a nosebleeding, perverted yuri who enters an all-girl school to find the yuri love of her life (and ogle a school full of delicious Betties while she’s at it), and ends up rooming with the most beautiful girl on campus – except that she’s actually a he – and her equally beautiful and irresistible maid, with masochistic tendencies? A pool-centric episode? Every character in a bikini or swimsuit? A wardrobe malfunction? Yes, yes, and yes! 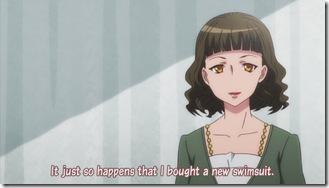 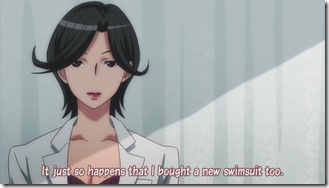 END_OF_DOCUMENT_TOKEN_TO_BE_REPLACED

They pull me back in! From SC:

TV stations have now not only confirmed that the “new” season of Haruhi will start with a rerun, but also that it will amount to 28 episodes, finally confirming the “new episodes mixed in with or ont the end of the old episodes” theory.

I’ll believe it when I see it. And if I see a second season, I’ll be overjoyed. But either way, I’d like to take the time to give Kadokawa a big middle finger for continuing to play lame games.