Billing this episode as the finale is sort of misleading. More of a marketing ploy than anything. So the next episode (the real finale) is disconnected to the main storyline. Big whoop. It’s not like K-ON! is a real tightly wound, serial show where you have to see the previous episode to figure out what’s going on. Ad while it is a finale as far as their performances go, when you’re not animating the performances for all but one or two of the episodes, you’re not going to miss out on it just because it’s not in the thirteenth episode. Anyway, my bitching ends there, because I really liked this episode. Despite a couple short instances of forced drama – KyoAni did a great job keeping K-ON from devolving into melodrama (like too many slice of lifes seem to do) and staying true to its roots. And while the final performance was no God Knows, I was still quite content with it. 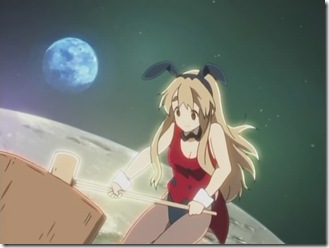 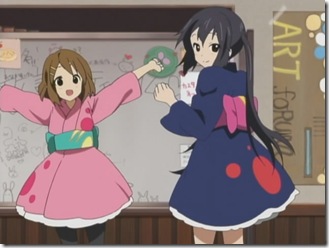