CCY has thrown down his Twelve Moments of Anime gauntlet, inviting others to join him everyday until Christmas in recalling their 12 favorite anime-related things of the year. Continuing the countdown with moment #7 from the one and only Detroit Metal City, one of the most twisted and hilarious shows I’ve ever seen. 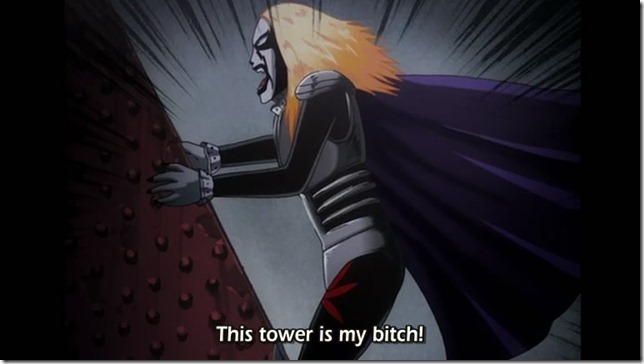 It’s funny, this memory didn’t exist until a few days ago, but I’m sure it would’ve burned an impression deep into my brain that would’ve persisted even if I’d seen it months ago. Detroit Metal City is so over the top that it’s impossible not to enjoy. And as a fan of Spinal Tap, the whole crazy fans, death metal routine is right up my alley. Probably the most memorable moment is Krauser raping the Tokyo Tower in response to online fan speculation gone wild.

Actually, I’m not even sure that it’s Krauser humping the tower that’s so funny, so much as the insane crowd going completely nuts over it. Brilliant quotes like, “It lit up. Tokyo Tower’s enjoying it!” “His rape rate is getting faster. There it is! Krauser-san’s Hatred Speed Fuck!” “Tokyo Tower’s all wet. Tokyo Tower had a fucking orgasm!” and the quote above, “Krauser-san fucked Tokyo Tower and tossed it aside!” Krauser-san was the god that could not make a mistake, because the audience had a catchy name for everything he did like Krauser-san’s “ten vocalized rapes in one second”, “public rape”, “public adultery”, “fall down seven times, rape on the eighth.” 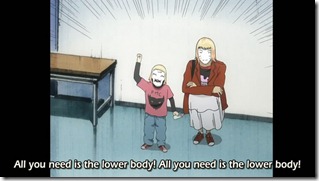 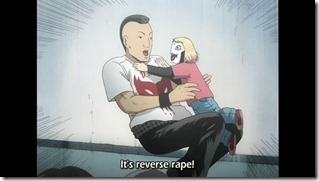