According to one of the articles I read on TV Tropes (it’s a bad habit of mine), Hideyoshi is considered the dark horse character of Baka to Test, scoring high on light novel popularity polls despite not being the main character or really doing anything despite being a trap. I don’t know how reliable this info is but it’s interesting to see I’m not the only one who likes Hideyoshi. 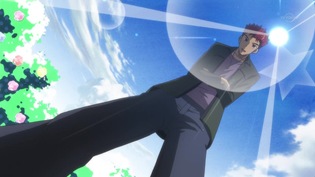 Summary: Yuuji brings Shouko to the park under duress, and everyone else conspires to get them into romantic situations.

The first remotely serious episode so far, and also the first episode with back story and plot development. Told chiefly from Yuuji’s point of view, it develops his character a bit, but enough that Yuuji is now the most relatable and most complicated character in Baka to Test so far, though that obviously isn’t that hard to achieve. The lack of other characters and their quirky things made this episode worse that episode 5 but at least it was better than fanservice laden episode 6. The nearest this episode had to fanservice was Shouko in a wedding dress, not the type of image that makes you all hot and sweaty. 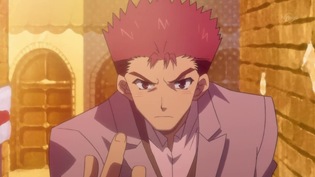 Shouko and Yuuji started off weak but now they make an interesting couple. Shouko is obviously head over heels in love because of something that happened when they were children and by what he said Yuuji doesn’t think that was worth anything. It didn’t seem like it at first but Yuuji actually does seem to have feelings for Shouko, which does raise the point that if Shouko had been a bit more persuasive and patient she could have got Yuuji as a boyfriend without the ESB in the second episode and the extreme violence and its like. Or maybe she was trying to win him for years and Yuuji’s constant refusals caused her to go to the extreme. Either way, at the rate these two are going, they might end up doing all right if Shouko calms down a bit.

Apart from YuujixShouko, episode 7 wasn’t all that brilliant. There just wasn’t enough comedy. Having the focus on one character helps the plot but it loses the rapid-fire random comedy that episode 5 had. And there was no cross-dressing or Yoshii making girly faces, though I’m sure there are some jokes you can do without these.
Speaking about the new ending, there was something that caught my eye.

It’s either that both endings have Hideyoshi or it’s his twin sister that hardly ever shows up. The expressions s/he pulls in the second ending seem reminiscent of Hideyoshi so I’m really not sure. It is Hideyoshi after all.

One Reply to “Baka to Test to Shokanjuu episode 7”