Much thanks to all who’ve been checking out the aniblog tourney and participating. A congrats to my more than worthy opponent, JanaiBlog. And an especial thanks to everyone and anyone that cast a vote for me. I couldn’t have won without you. Wait, what? I didn’t win? Tied? A tie? For real? Yep, for real! So what now? 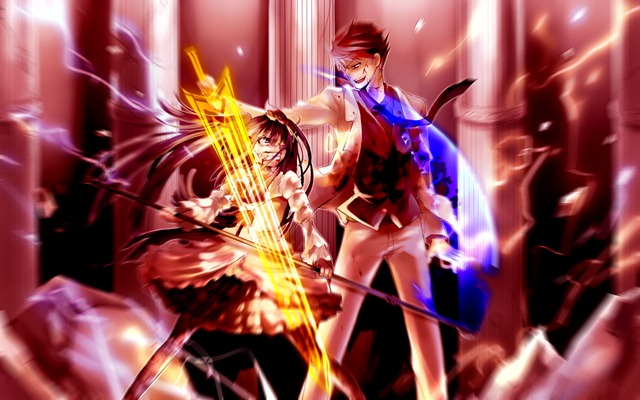 A win would’ve been nice, but even if I had won, I would’ve been a lamb to the psgels slaughter (sorry psgel fans, but I actually voted for Keikakudoori. Nothing personal. But I probably wouldn’t have ever started blogging if I hadn’t run across Keikakudoori on MAL).

A tie is definitely more interesting. So what does this mean? It means both Rabbit Poets and JanaiBlog proceed to the next round. Yep, that means a yaoi three-way with psgels… ah crap! 😮

Still… the presence of another combatant could throw a wrench into the next match. I doubt anything major enough to stop the psgels tidal wave, but I’m thinking if me and psgels split the episodic votes – with psgels taking the large majority (try not to hog all the votes psgels 😉 ) – it’s possible JanaiBlog could continue its run as tourney Cinderella (93 seed!) since they have a different focus.

But thanks again to all the readers and voters. Blogging would be a big snooze if it weren’t for you all.

In the meanwhile, go check out the tourney and see the latest blogs on the chopping block. Both matches are tight so far and could go down to the wire again.