The spring season was a bit lacking in any truly exceptional shows but it’s far better than what we’ve got this season. Fortunately for me, one of the shows out this season is a shonen so that pretty much decided on the spot what I was going to blog. So if Deen don’t mess it up, I’ll be blogging the awesomeness that might be NuraMago..!

…at least that is what the plan originally was. Due to a long awaited email from the Japanese Embassy following a long period of time where no one told me anything I’m now heading off on an all-expenses paid trip to Japan for a lot of the summer. The catch is that it’s a scholarship, which means I have to go to school. I’m also not supposed to bring my laptop so I’m going to be missing the start of the summer season but never fear! I shall be back for the fourth episode, probably complaining of jetlag but back nonetheless.

The whole going to Japanese school thing is a bit daunting, especially since I only have enough Japanese to talk about my weekend. In preparation for this I decided to see what I can gauge from anime about school life. A lengthily period of browsing later and here’s the deal:

And the one thing I’ve always wanted to do: 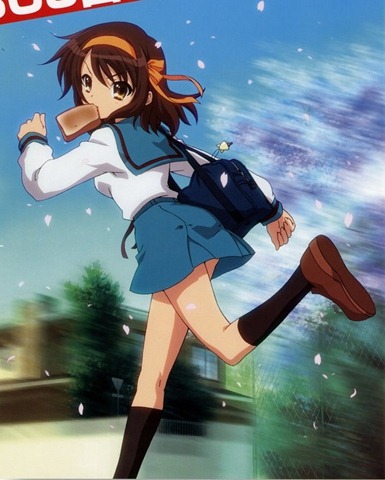 Now I have nothing to worry about.