The episode opens with a very cute sequence for anyone that’s a Yui fan of Yui posing in the mirror, trying out new hairstyles. It seems that senior photos are coming up, and she’s rather anxious about them. Well, they are a big deal. When I was a senior, we had to go to an actual studio, and get professional portraits done for the yearbook. I don’t know if the go that far out in Japan, but it seems they’re still important.

Azusa is spacey, probably upset and preoccupied with her club mates impeding graduation. That, or KyoAni has a personal vendetta against me, and know the best way to get on my nerves is mopey Azusa. 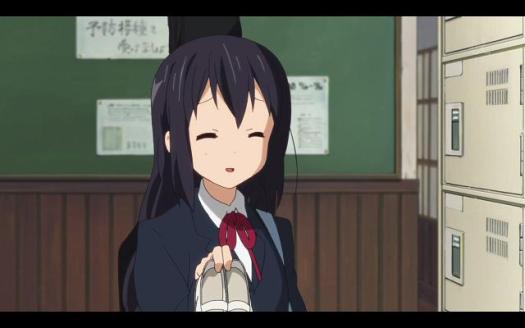 However, for the other four, their musical career seems to be over with the end of the festival. That’s really sad. They’re going to use the club room now to study for tests and what not.

It’s time for Ritsu and Yui to figure out what they’re doing with their futures as well. I keep wondering if Yui really is going to turn out to be a teacher…this is the second time she’s said she wanted to be one.

Oh, who am I kidding? Futures? They’re more interested in yearbook photos. 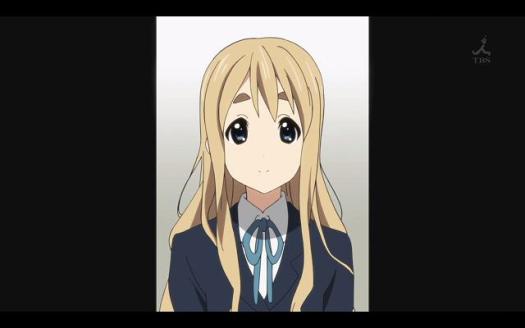 Yui’s haircut disaster was just painful though. What an awful thing to do to your hair. So close to photos too. I wanted to find it funny, but I was too busy feeling really bad for Yui. 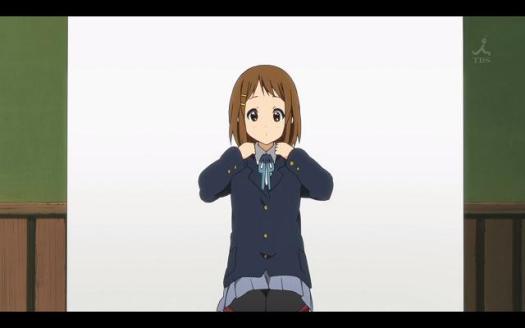 I really liked this episode. It flowed really well, with the girls being themselves. It’d be a nice (though tad unrealistic) resolution to have the four of them go to the same college. Let’s see if it happens.