Despite featuring the first battle of one of the Kiriboshi bosses, this episode felt like nothing much really happened. It was all a bit off the ball and random, with not much connecting everything that was happening. The only thing of worth I can derive from this episode plot-wise is the effect Cybodies have on the real world. 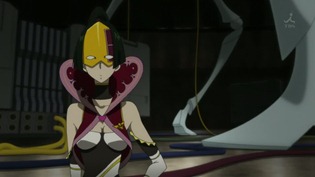 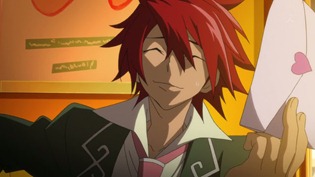 The functions of Cybodies introduced so far include a first, second and third phase. The first phases we’ve seen are the one the pink-haired Kiriboshi leader had, who could allegedly charm those she kissed, and the one of the nurse, who could turn back her age. Both of these are effects seen in the real world, so Cybodies can actually effect the real world. This might explain why Wako has to stay on the island to stop them leaving, someone running around the mainland who can control people by kissing them is not good however you look at it, possibly like Lelouch with a raging libido. There’s a bunch of Cybodies unseen as of yet, so there could be some pretty horrible abilities among their first phases; they could get super strength, control the weather, turn into leopards, wolves, giraffes, make the Prime Minister say uncle, etc.

The second phase was said to be unlocked at the start of the series by Kiriboshi. If I had to guess I would say second phase is what affects Zero-time, in contrast to the first phase affecting the real world. And third phase affects some unknown dimension that Taubarn inhabits all alone, which is why he has to bust through the dimensions to get to Zero-time for some company. Maybe.